Last June 1, 2022 the award ceremony for the school competition Startupper School Academy was organized in partnership with Lazio Innova and took place in presence but also live streamed on the Lazio Region social media channels.

A specific Bioeconomy Prize was established within the competition and several capacity building activities will be organized by Transition2BIO in collaboration with BIObec project, the EuBioNet and high-level partners (also involved in the competition) like Novamont, Cluster SPRING and ReSoil Foundation.

Transition2Bio representatives participated in the event on behalf of the bioeconomy team and awarded the students competing for the bioeconomy prize with several bio-based gadgets and the possibility to be interviewed and to participate to large scale events such as the EU Researchers’ Night and Maker Faire.

The BioArt Gallery was also exhibited in the main room where the ceremony took place. 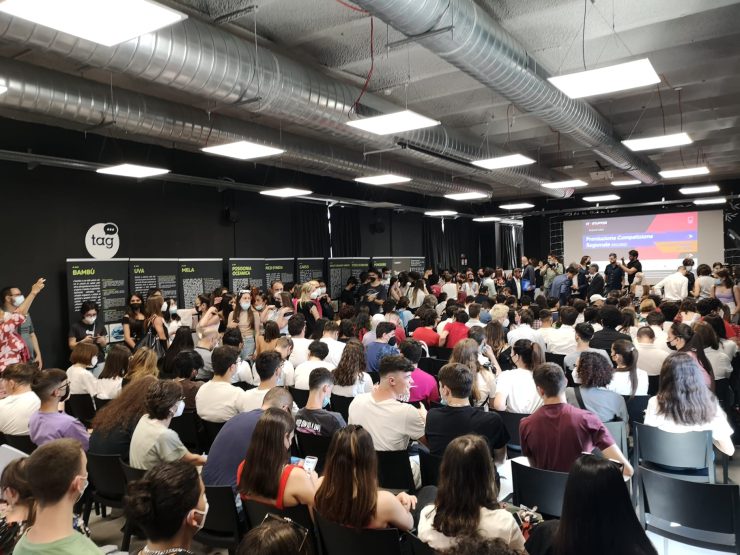 The award ceremony was attended by, among others: Paolo Orneli, councilor for Economic Development, Commerce and Crafts, Research, Start-up and Innovation of the Lazio Region; Nicola Tasco, president of Lazio Innova and Luigi Campitelli, operative director of Spazi Attivi in Lazio Innova.