The “Projects2Projects” workshop was organised by the European Bioeconomy Network, in collaboration with the European Commission and the projects Transition2Bio, BIOEASTsUP, BIObec and BioGov.net. The event took place on 5 October 2022 at the EC Building CDMA, as satellite event of the High-Level EU Conference “Bioeconomy – Enabling the European Green Deal in Challenging Times”, held in Brussels on the 6 and 7 October 2022.

The workshop reached 76 registered participants and was finally able to reach around 60 attendees and involve 40 projects on stage and additional 9 projects participating. All the participants exploited the opportunity of having for the first time in the same room most of the relevant projects that will support the bioeconomy innovation ecosystem for the next years.

The workshop was a great success. The organisers received positive feedback from the participants highlighting the necessity of similar events to boost the collaborations among projects. 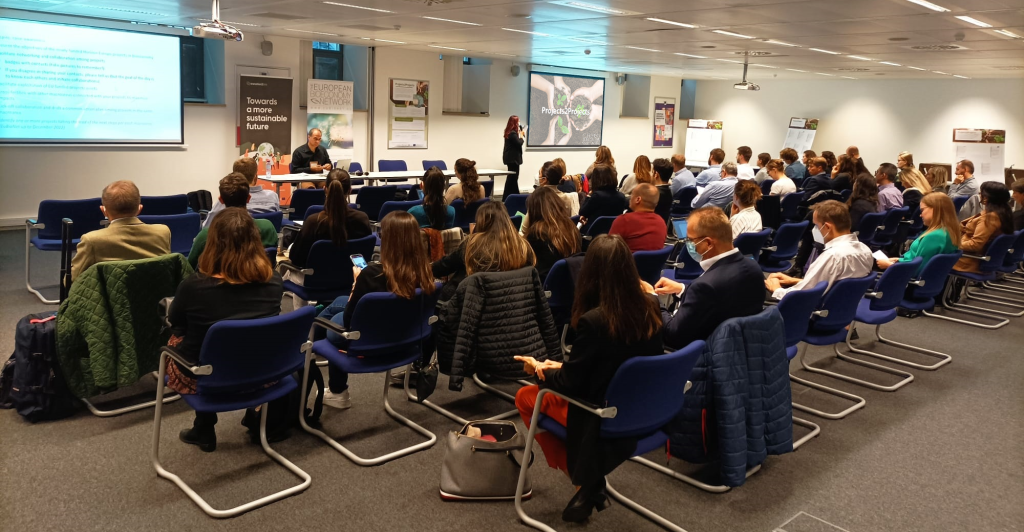 The outcomes of the “Projects2Projects” workshop were to:

In order to facilitate the discussion and map the different projects highlighting their main specificities and core purposes, all the participating projects were grouped according to four macroareas: 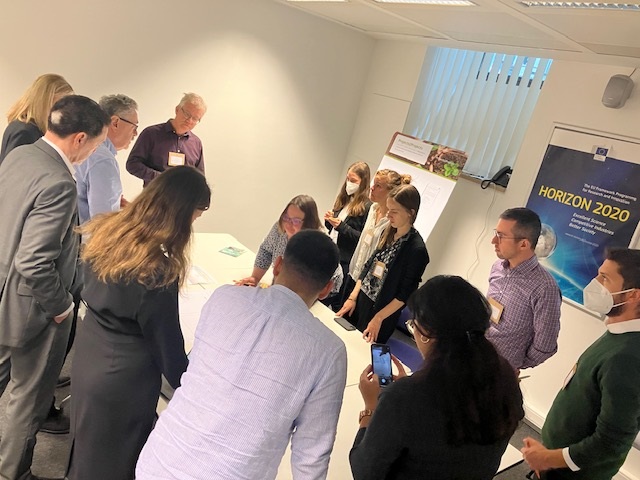 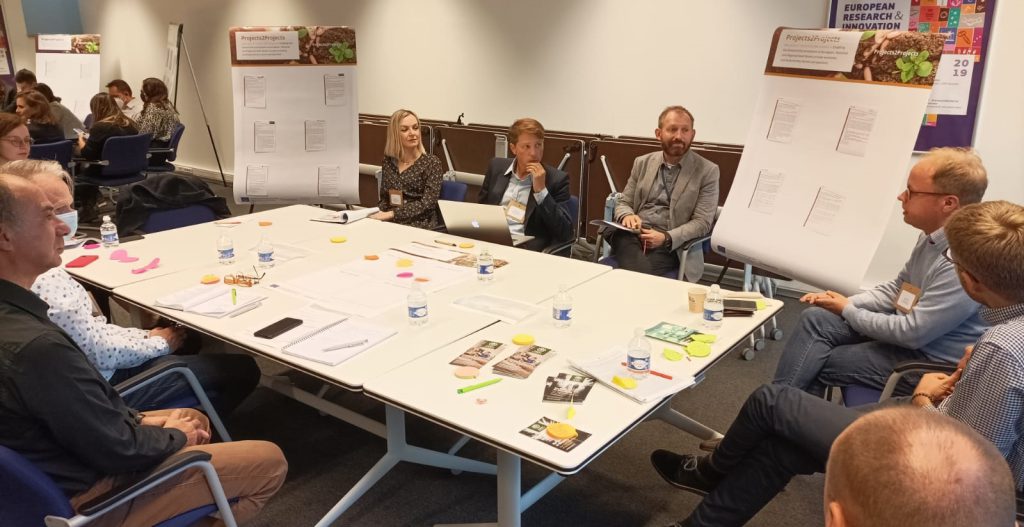 The workshop was divided into two parts. The first one was specifically dedicated to brief presentations of success stories from H2020 projects, with a special focus on exploitable assets.
This part was followed by a walking brainstorming/networking and four thematic group discussions, during which the Horizon Europe projects had the chance to present their main objectives and expected outcomes through the projects’ fiches, collected in the posters dedicated to the different macroareas.

The thematic sessions, organised in thematic working groups, supported the networking and collaboration among the H2020 and the Horizon Europe projects with the objective of defining a common 2022/2023 action plan. 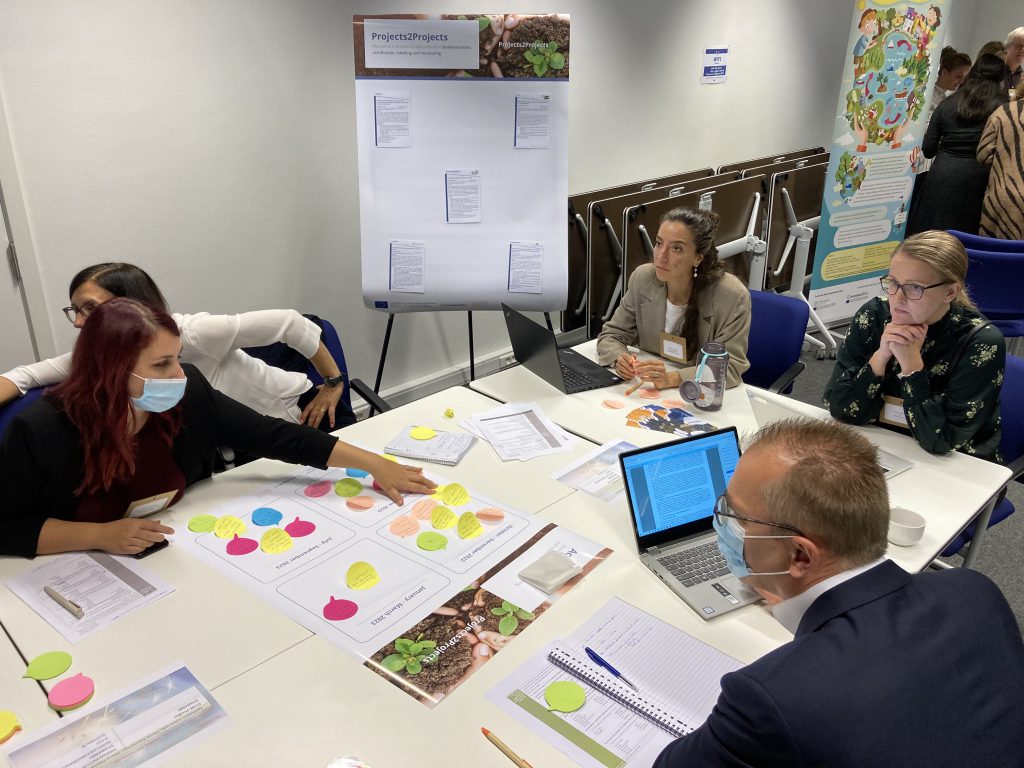 During the discussion, the following outcomes have been achieved:

Below you can find useful links, collecting all the materials stemming from the workshop and ready to be downloaded.

Agenda of the workshop.

Key points from the introductory speeches delivered by the EC Policy Officers:

Projects’ fiches aggregated per macroarea, with all the contacts of all projects: